Bjørn has presented his concept in large parts of Norway. The first county to test the program, was Hedmark in 2001. It was then tested on approx. 600 vg2 high school students, in the age 17 to 18 years. An evaluation showed astonishing good results. Each following year all 3.200 vg2-students in Hedmark were presented to the program.

Akershus followed soon after in 2002. Then Vestfold, Buskerud, Oppland and Østfold where he also conducted or was responsible for the conducting.

He also taught Public Roads Administration's own process managers both in the Southern Region (the Agder counties and Telemark) and the three counties in the Northern Region. Here, tens of thousands of youths have also been through his concept. His contract with the Public Roads Administation Eastern Region is prolonged until 2019, twenty years after it was introduced for the very first time. By now a quater of a million youth in Norway have been through this program. Since 2008 this age group have a decline of 40 percent of the most serious traffic accidents. No other age group in Norway or else where has such a positive decline in traffic accidents. 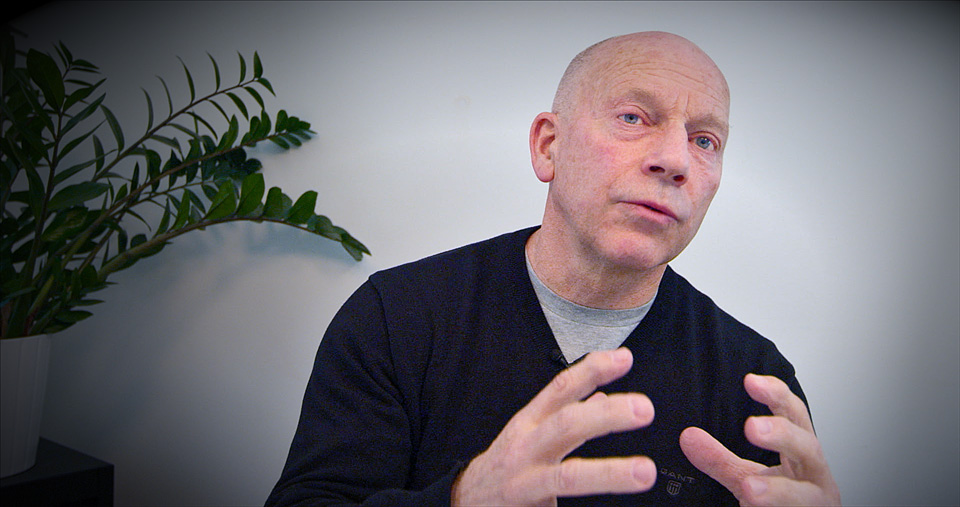 He is a senior researcher at SINTEF, the largest independent research organization i Scandinavia. Since 2001 he has done several reports that evaluate this traffic safety program, respectively in Hedmark, Akershus, Vestfold and the Agder counties. The conclusion of one of these reports includes the following: 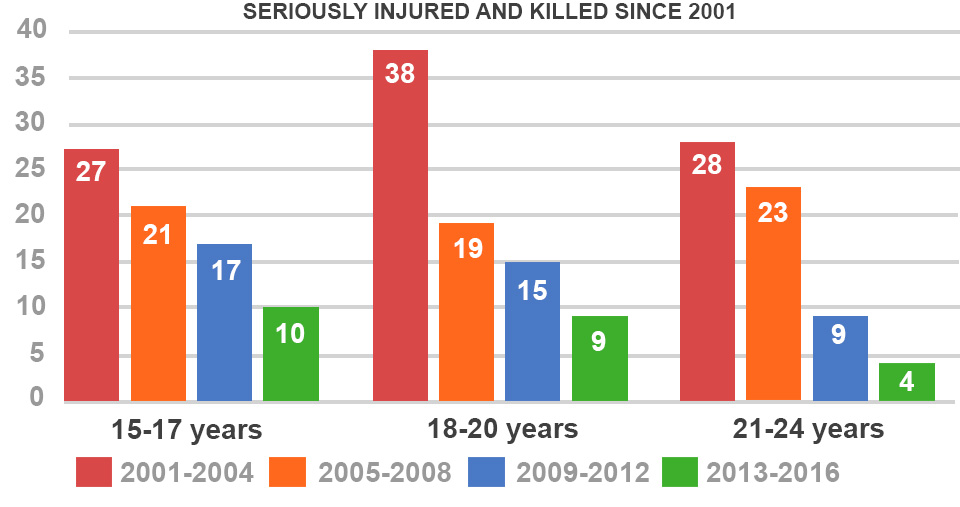 SERIOUSLY INJURED AND KILLED SINCE 2001

The statistics are from Vestfold in the period before (red) and the next four year periods (orange, blue and green) after Bjørn’s school visits were introduced in autumn 2004. In 2005, basic traffic course was introduced for 16 year olds, while the 17 and 18 years old students are meeting Bjørns program and one year elder the student leavers meet another program.

The campaign ”You decide!” is aimed directly at this group that has had the biggest changes when comparing the periods 1999-2003 with 2004-2008. However, we have no basis for pointing to the campaign as the only explanatory factor for the changes. But the results of youth self-reporting of both driver behaviour and passenger situation in this period can be considered as a strong indication that it has had a positive impact.